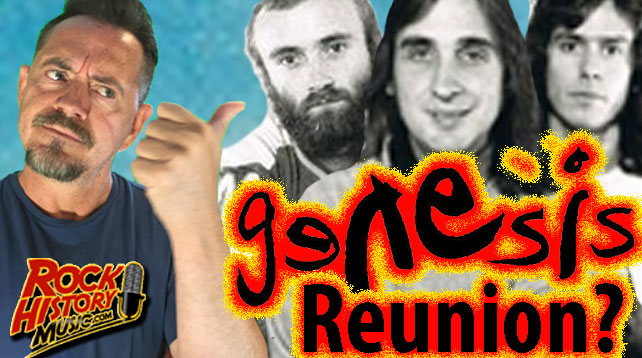 After Tony Banks and Phil Collins both refused to rule out a Genesis reunion in recent interviews, Mike Rutherford has now said he’s tentatively open to the idea.
Mike appeared on Good Morning Britain earlier today to promote Mike & The Mechanics’ upcoming ninth studio album ‘Out of the Blue’ when he was asked the burning question – will Genesis ever reform? He replied: “I’ve always said, for years, never say never and we did the tour 10 years ago… Who knows? Phil (Collins) is in good shape now out touring, his son (Nic) is drumming – fantastic drummer. Never say never.”

When host Piers Morgan said his brother has pointed out that ‘Foxtrot’ masterpiece ‘Supper’s Ready’ hasn’t been performed live since 1982 (an acoustic version of the Lover’s Leap segment was played on the Calling All Stations tour in 1998), Mike replied: “Well we better do it for him hadn’t we? We better make him happy.
“We’re all fit and healthy and we get on well, (we’re) good friends. I mean, you never know.”