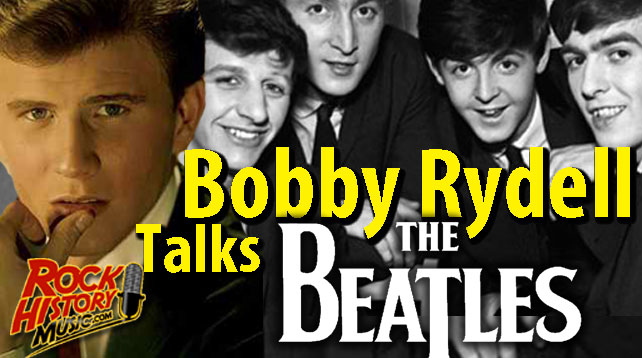 (Interview Clip #8) Bobby Rydell On How The Beatles Changed Everything

We already shared a video clip on Bobby Rydell accidentally meeting the Beatles in 1963 when they were starting to break out but at the time he was not familiar with them. We will have a link to that clip in the description of this video. The Beatles and British invasion certainly changed the landscape of the worldwide music industry. Before 1963 Bobby Rydell had 18 of his 19 Top 40 hits. Tunes like “We Got Love” a #6 hit from 1969, his highest charting tune “Wild One” from 1960 which hit the #2 spot, months later “Swingin’ School” hit #5 and then his signature tune ‘Volare” that peaked at #4 and his last top 10 from 1962, “The Cha-Cha-Cha.”(Clip 009 – 2:27)