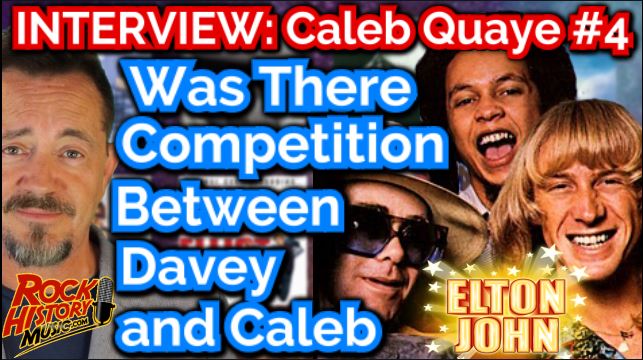 Davey Johnstone is Elton John’s longest lasting band member. He joined on “Madman Across The Water” in 1971. He was on every full Elton John studio albums from the 70’s except his disco album “Victim Of Love” in 1979. Caleb Quaye was on the first four Studio albums but both of them were in the band “Rock of the Westies” in 1975 and “Blue Moves” the following year. I asked Quaye about that relationship.

A lot of kid are too busy playing around to even think about what they want to do as an adult but Caleb Quaye was different.