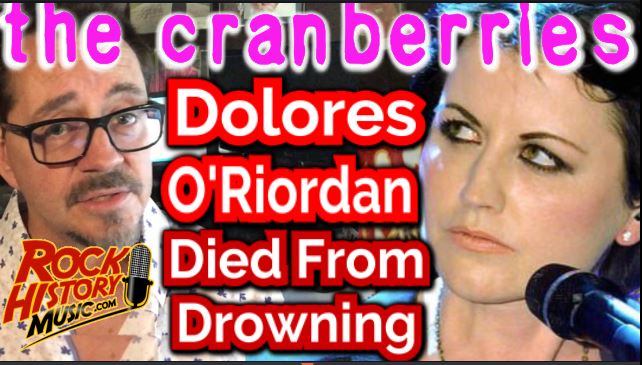 That’s the official word from the London coroner today. The Guardian is reporting that a hotel maid found the singer submerged face-up in a bathtub on January 15 of this year.

The coroner reported that O’Riordan’s blood alcohol level was four times the legal limit to drive in England. The report says they found five empty miniature bottles of alcohol from the hotel room’s mini bar plus an 11-ounce bottle of champagne. At the time of her death she was on prescription drug lorazepam for anxiety. It was reported earlier that she’d been suffering with bipolar disorder while still drinking heavily.

Coroner, Dr Shirley Radcliffe, said, “There’s no evidence that this was anything other than an accident. There was no intention, this seems to be solely a tragic accident.”

When O’Riordan died she and the Cranberries were working on new music and the remaining member say that music will be released within the next year as well as the 25th anniversary reissue of their debut album, Everybody Else Is Doing It, So Why Can’t We? – by John Beaudin