It’s another big loss to the music world. All his hits from the ’80s and ’90s are still being played on radio stations all over the world. He had 8 Top 40 Billboard hits. Starting with two from Quincy Jones’ ‘The Dude” album in 1981 – “Just Once” and One Hundred Ways.” The following year he scored his first of two number one hits, “Baby Come To Me” a duet with Patti Austin and a few months later came another duet, this time with Michael McDonald, “Ya Mo B There.” There was also his pairing with Kim Carnes and Kenny Rogers on “What About Me” in 1984. One of his biggest hits came in 1986 with a duet featuring Linda Ronstadt called “Somewhere Out There.” It Was from the animated film “An American Tale.” Also, that second #1 tune was actually his last hit from 1990, “I Don’t Have The Heart.” 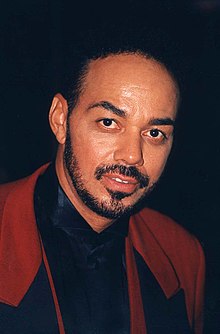 Ingram also had multiple Grammy nominations. He won two ‘Best Male R&B Performance” for One Hundred Ways and “Best R&B Performance By a Duo or Group with Vocals for “Ya Mo B There” with Michael McDonald.

Through his association with Quincy Jones, he also had a co-write with the producer on Michael Jacksons’ “PYT (Pretty Young Thing)” from “Thriller.” He also wrote Jones on the song “The Secret Garden” which also featured Barry White, El Debarge, and Al B. Sure.

Debbie Allen, Ingram’s long-time friend, and creative partner released the following statement. “He will always be cherished, loved and remembered for his genius, his love of family and his humanity. I am blessed to have been so close. We will forever speak his name.”

He was born in Akron, Ohio but later moved to L.A. He once played keyboards for Ray Charles.

TMZ is reporting he had been battling brain cancer. – by John Beaudin