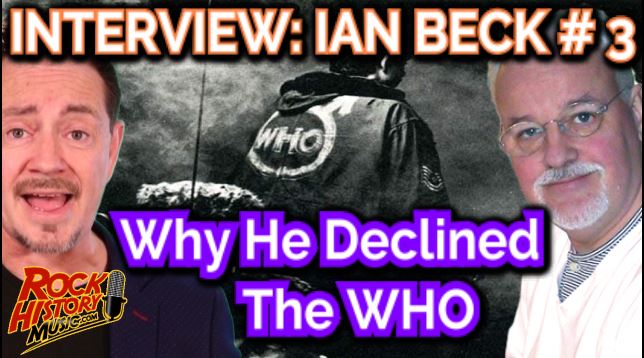 Was it one of those projects that got away? Everyone has at least half a dozen of those. Elton John Illustrator explains why he had to pass on the Who’s classic concept album “Quadrophenia.”

Ian Beck was the illustrator for Elton John biggest selling album, “Goodbye Yellow Brick Road” from 1973 but there was another classic album released that very same month, “Quadrophenia” by the Who. We asked him about a bit of history and what led to him saying no to the Who. (Clip 3) (Clip 013)

Ian Beck worked in the record industry for many years for acts Ry Cooder, Richie Havens and a David Bowie pic for the cover of Cream Magazine among others. He’s also a successful author. – by John Beaudin