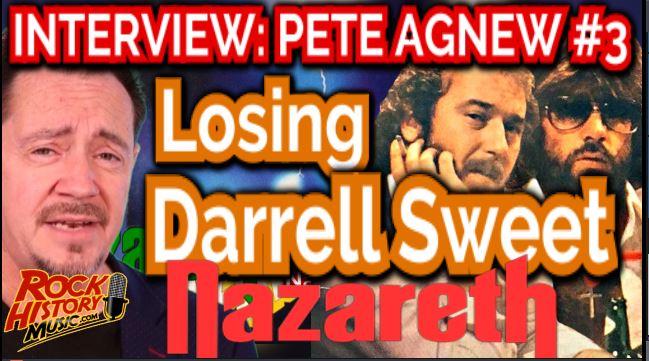 Pete Agnew Of Nazareth On The Day Drummer Darrell Sweet Died (#3)
I am a big Nazareth fan. For me it started with their third album “Razamanaz” from 1973 that was produced by Deep Purple’s Roger Glover. He also produced “Loud ‘n’ Proud” and co-produced “Rampant” with Nazareth guitarist guitarist Manny Charlton who went on to produced their next six studio albums. The classic line-up also consisted of singer Dan McCafferty and drummer Darrell Sweet who died in 1999. It was a shoking day for Nazareth fans. (Clip 004) (Clip003)

Nazareth has just released their 24th studio album, “Tattooed On My Heart.” We will have more from our converation with Peter Agnew of Nazareth next week.We will have a link to Nazareth’s website in the description of this video.http://www.nazarethdirect.co.uk/website – by John Beaudin