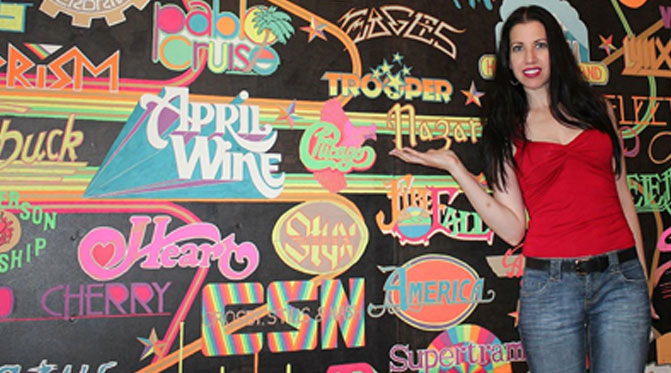 Privacy is important to any teenager. In the 1970’s I had the pleasure of growing up in the small town of Newcastle (now called Miramichi) New Brunswick. At night I would listen to great New York AM radio stations like WPTR in Albany and WKBW in Buffalo dreaming of someday getting into radio. I spent a lot of time in my tiny bedroom and this huge wall was my canvas. That’s Shannon my wife in the picture. – by John Beaudin 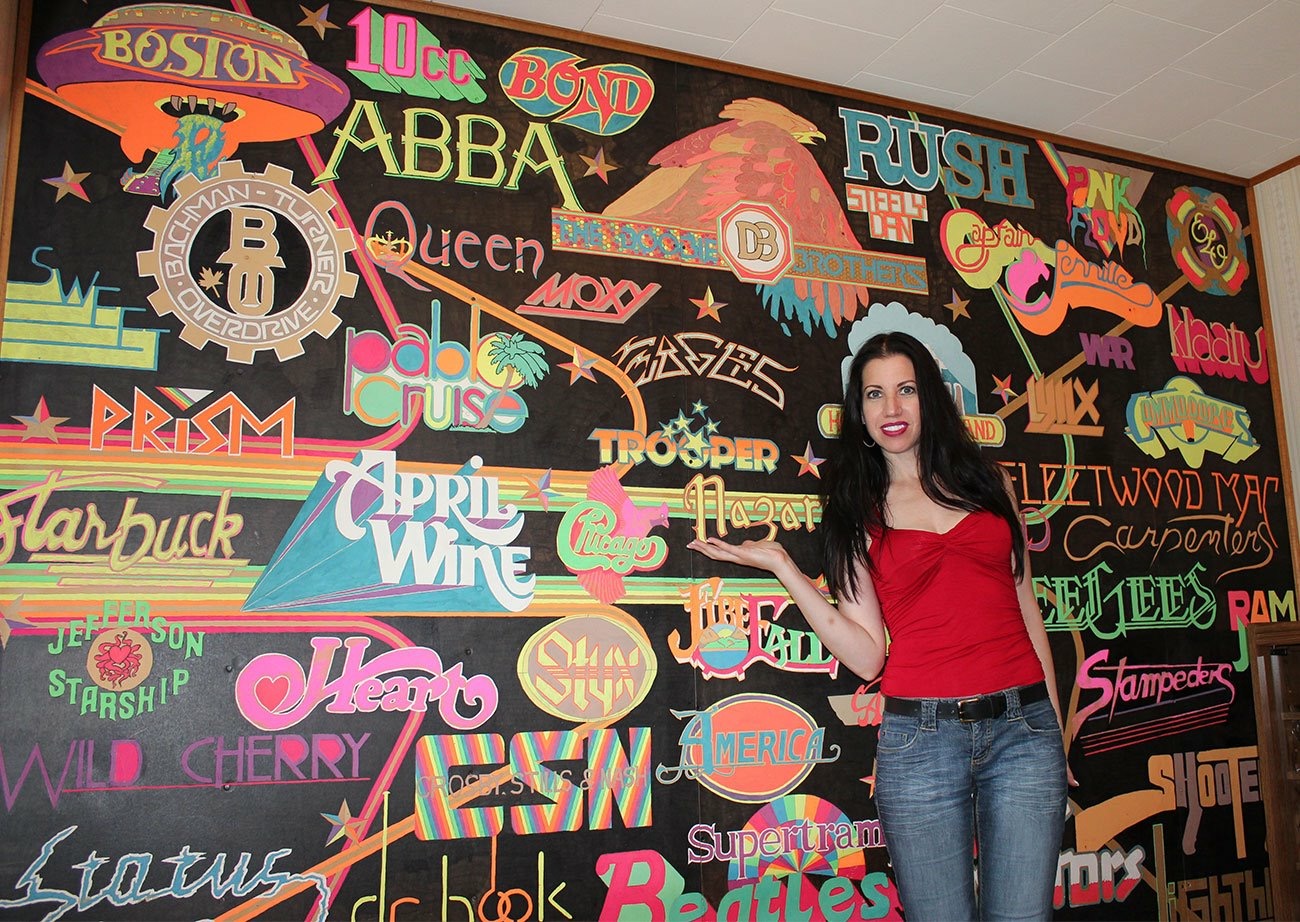