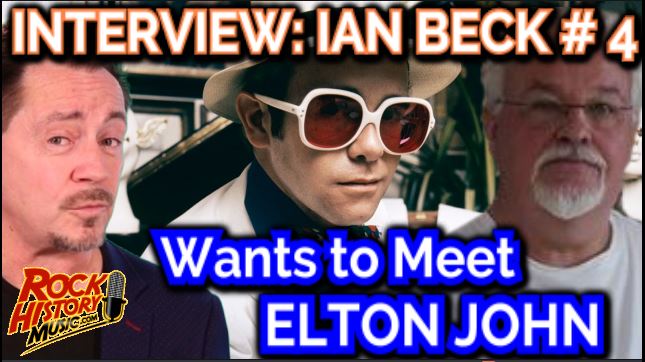 “Goodbye Yellow Brick Road” was the second album I ever bought. The First was Elton’s “Madman Across The Water.” There was a lot of real estate on this album. The inside gatefold was amazingly done David Larkham, Michael Ross and David Scutt but for me it was that cover. It drew me in. I’d listen to the album and just stare at the cover by Ian Beck almost walking into that yellow brick road with Elton.

Ian Beck has had long career as an author and Illustrator working with Ry Cooder, Richie Havens and a David Bowie pic for the cover of Cream Magazine among others. Of all the work he’s done he’ll probably be remembered most for Goodbye Yellow Brick Road and BTW Ian Beck has never met Elton John? (Clip 006)

Well 45 years later the artist who did that cover Ian Beck got another call from Elton’s people to do an updated version for his Farewell Yellow Brick Road 3-year tour. (Clip 005) (009) – by John Beaudin