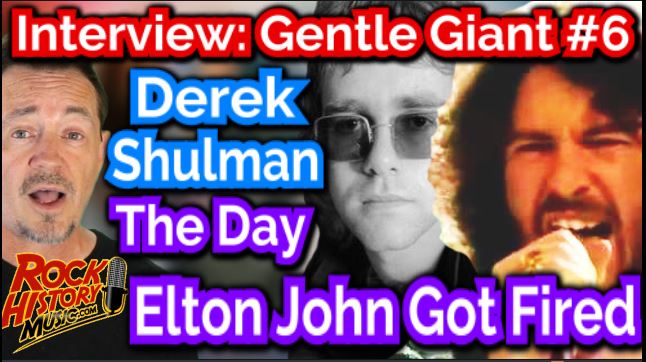 There’s that old cliche’, “you never know what’s around the corner.” Bad things can lead to more hard times but usually these watershed moments are roads to learning, discovery and better things in life. When a young Elton John (known by his real name Reginald Kenneth Dwight back then) was fired from the band Simon Dupree and the Big Sound he might have felt some dread but look what happened after that.

It’s not exactly something one want to put on a resume, “I fired Elton John.” In this case it was per-Elton when he went by his real name Reginald Kenneth Dwight or Reg Dwight. Before Gentle Giant there was Simon Dupree and the Big Sound and they had a few hits on the British charts including “Kites” in 1967 but the pop world was not what Derek Shulman and his two brothers Ray and Phil wanted for their lives. So that transition from Simon Dupree to Gentle Giant did not include a young singer/piano player who had not fully reached his potential yet but he still didn’t make the transition. (Clip 24)

The Steven Wilson mixed “Three Piece Suite” is available now and features the never-before-released “Fred om’s Child” – It’s a gorgeous tune. We talked to Shulman about his relationship with Wilson (Clip 23)

“Three Piece Suite” is available now. Check out the links in the description of this video. By John Beaudin