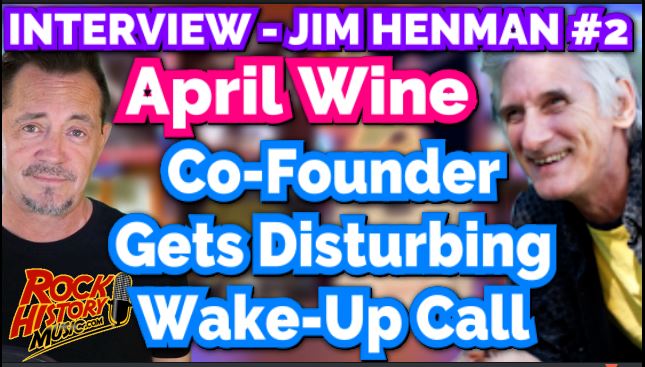 Every interview has at least one. A story that pales everything else that I’m told. A poignant story with fortified meaning that stays with you for a long time.

Jim Henman is co-founder and original bassist and vocalist for April Wine. He left before the band became really big – after only one album. As we stated in part one of this series with Jim ..he left to stay alive. The rock and roll lifestyle nearly killed him. Emotions are strong motivators and Henman got a heavy dose of reality concerning his sobriety while working in his non-rock and roll job.

Some Of These Children was composed in response to the Stoneman Douglas High School shootings in Florida, USA since Jan 2018. 50% proceeds to Boys And Girls Clubs Of Greater Halifax, Released in memory of Jason MacCullough. Available at https://itunes.apple.com/ca/album/some-of-these-children/1387722863?i=1387722864&app=music&ign-mpt=uo%3D4

Watch the video for ‘Some of These Children.’ https://www.youtube.com/watch?v=h9j5I3zOtc8&feature=youtu.be