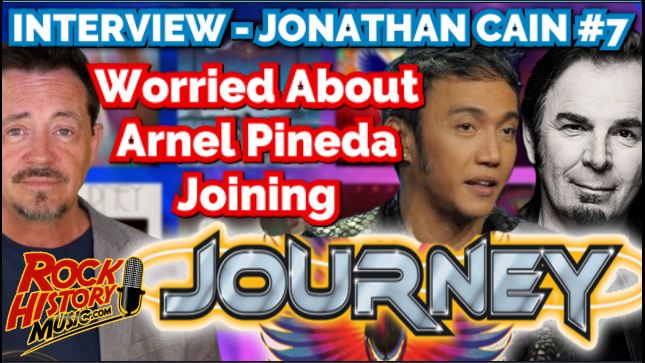 Jeff Coffey who was with Chicago for under two years told me about one fan that gave him the finger when she figured out he was not Jason Scheff. You addressed the fact that your were nervous

that some fan would look up in the front row and say hey, that’s not Steve Perry it’s an Asian guy

so did that happen for Arnel and Journey? (Jonathan Cain Clip)

Did I hear you correctly..they were actually Steve Perry’s shoes? (Jonathan Cain Clip)

Curious what albums did you leave behind when you left home? (Jonathan Cain Clip)

You have 10 years on me..For instance I was 13 when Elton released Goodbye yellow brick road. You were 23..You bought that era of 70’s albums with a more polished pallet than me. (Jonathan Cain Clip)