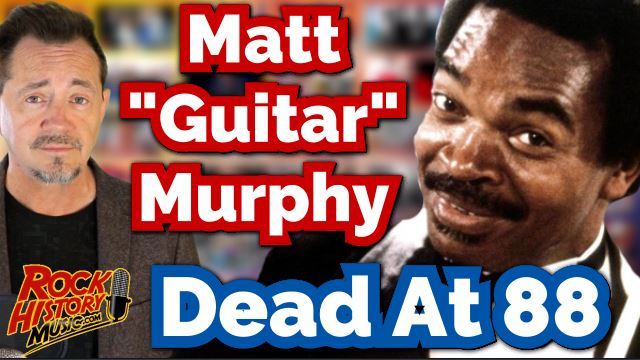 An incredible blues guitarist that mainstream audiences first got to know when he played fictionalized version of himself in the 1980 Blues Brothers film playing opposite Aretha Franklin. Remember that famous scene where Aretha warns him about going on the road with Jake and Elwood Blues while she sings her big hit ‘Think’? He was also in the film’s sequel ‘Blues Brothers 2000’ in 1998. He suffered a stroke 4 years after that movie was released which forced him into semi-retirement.

His nephew Floyd Murphy Jr, who performed with him, wrote on Facebook, “He was a strong man that lived a long long fruitful life that poured his heart out in every guitar solo he took,”

Dan Aykroyd and John Belushi saw Murphy playing in a New York club in 1978 and that same year he played on the Blues Brothers debut album, ‘Briefcase Full of Blues.’

Murphy was born December 29, 1929 in Sunflower, Mississippi. He was just a kid when he first picked up the guitar. He moved to Chicago in 1948 – he was 19. That’s where he played in the Howlin’ Wolf band that, at the time, also featured Little Junior Parker.

No cause of death was given. – by John Beaudin