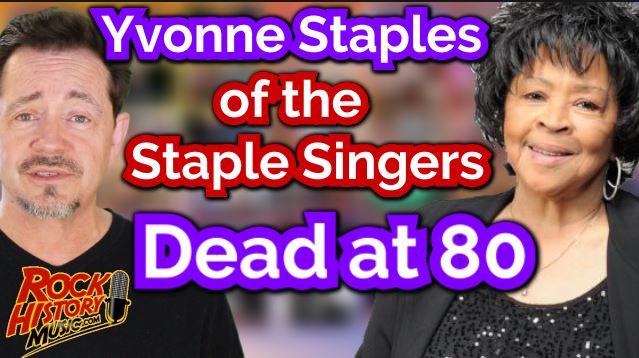 She passed away at her home in Chicago, Illinois. Staples performed on hits including “Respect Yourself,” “I’ll Take You There” and “Let’s Do It Again.” The latter two went to #1.

She joined the family band after her brother Pervis was drafted into the army. They actually started in the late 40’s. The main line-up included family patriarch Pops Staples along with his daughters Cleo, Mavis and Yvonne.

Throughout their career the group were mixing American gospel, R&B and soul, releasing more than 30 albums and were inducted in to the Rock and Roll Hall of Fame in 1999, and received a Grammy Lifetime Achievement Award in 2005. They were also inducted in the Gospel Music Hall of Fame.

Mavis Staples once said, “That harmony is always going to be there, because you all grew up together.”