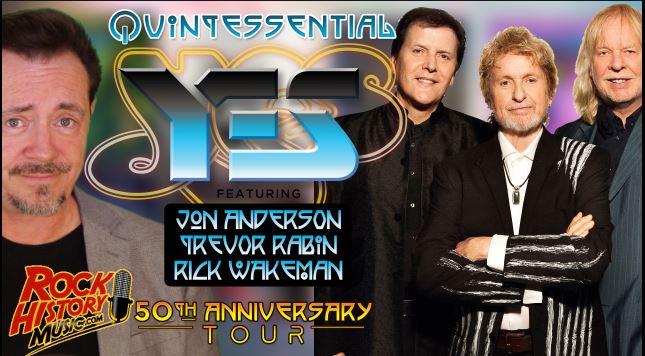 Their tour is called “QUINTESSENTIAL YES: THE 50th ANNIVERSARY TOUR” The 100 Show World Tour starts on June 3rd 2018 in Warsaw, Poland with shows in Scandinavia, Germany, UK. In the summer they will be in the U.S. starting with a show at Whisky a Go Go (where they first headlined in 1971) on Sun, Aug 26th. They will end it in Japan and the Far East in 2019.

This version of Yes will also feature their first new music in 28 years featuring Jon Anderson/Trevor Rabin/Rick Wakeman together. It is planned these will also be available for release by the end of 2018 or early 2019.

The other version of Yes that features Steve Howe, Alan White, Geoff Downes, Billy Sherwood and Jon Davidson just announced their own 50th Anniversary tour two weeks ago. There will be links to that video announcement at the end of this video and in the description of this clip. – by John Beaudin