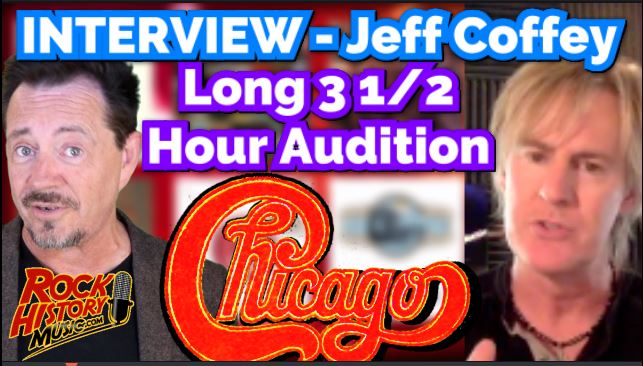 Coffey left the band in the beginning of the year. He was with them under two years. In our first video with Jeff he told us Chicago’s heavy touring schedule was the biggest of a few reason’s for leaving.

This is our last interview with Jeff talking about Chicago. This time how the band’s longtime guitarist Keith Howland helped get Jeff in that group Also after that I ask him about high school and what kind of kid he was back then.

Jeff Coffey is now playing with Don Felder formally of the Eagles. Links in the description of this video, – by John Beaudin

To Follow John Beaudin’s posts on all subjects https://www.facebook.com/JohnBeaudinBroadcaster