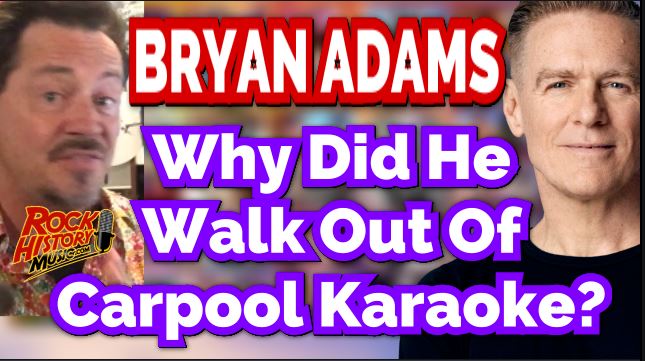 “I want to preface this by saying I kinda understand it and I get it and I hold no grudge. I don’t, For the anniversary of Back to the Future, we were gonna do a sort of ‘Best of the ’80s’ Carpool Karaoke — in a DeLorean. And we booked Bryan Adams and we were very excited. I love Bryan Adams, he’s got hits for days, he’s terrific. I don’t know that Bryan’s management had told Bryan that it was a sort of collaboration with lots of other singers from that time period.”

“He just bolted. He was gone.”