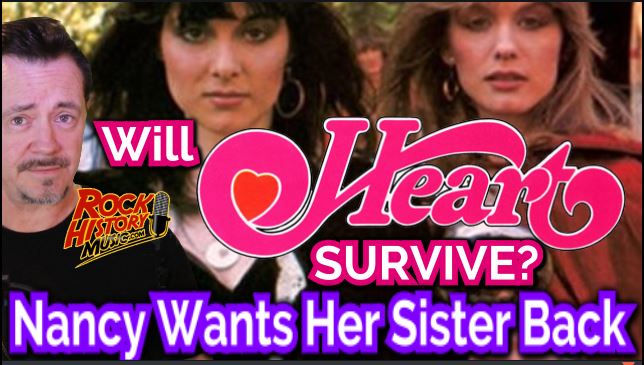 Journalist Robert Ferraro reached out to the younger of the Wilson sisters Nancy to see what she was thankful about this holiday season? What he received back was a thoughtful detailed update on what happened with her sister and that incident in August 2016 where Ann’s husband choked her twin songs on their tour bus, how she misses her sister terrible and that new band of hers Roadcase Royale featuring R&B singer Liv Warfield, lead guitarist Ryan Waters and and Heart keyboardist Chris Joyner, bassist Dan Rothchild and drummer Ben Smith.

She wrote, A little over a year ago, everything went to hell in a hand-basket with my family, and my family band.” Nancy did mention that even before the altercation things were a little strained between the her and Ann and on top of that everyone was trying to figure out how Ann’s husband would fit in their family. Nancy point out that the venue reported the incident to the authorities and as a mother of, then, two under aged boys she had a duty to report it as well to avoid trouble with child services. She does address that some families would have addressed the issue internally – she understands that.

Nancy says it was her husband’s idea to keep her focused on music during such a difficult time and to contact Liv Warfield and Ryan Waters. 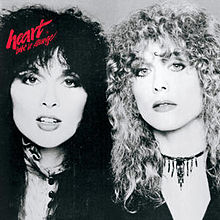 Interestingly Heart was offered a slot to open for Bob Seger but Ann declined the offer. When Roadcase Royale was formed Nancy approached Seger and his management to consider her band. First they declined citing that they needed to sell ticket and wanted a known band but after watching some videos they reconsidered. Then the tour had to be cut short because of doctors order for Bob Seger.

She also wrote, “As far as Heart goes, we may have seen the end of it’s long run. It stopped on such a weird, awkward, and unnecessarily hurtful note though, and I really don’t want to go through another holiday season without talking to Ann. Last year was a painful experience. I keep reaching out to her, through our sister Lynn, hoping that we can get together around Thanksgiving. Just so the three of us could be together and talk, as sisters. It doesn’t have to be about Heart, but it has to be about…sisters.

Nancy also said she was thanks for her husband, her boys, the new band and added, “I am also thankful for Ann, and always have been. Our relationship as sisters is far more important than any career decision we’ve made, or will ever have to make. Blood is thicker than any of that other stuff. Whether we see each other over the holidays or not, I know we will always love each other, unconditionally, no matter what.” – by John Beaudin