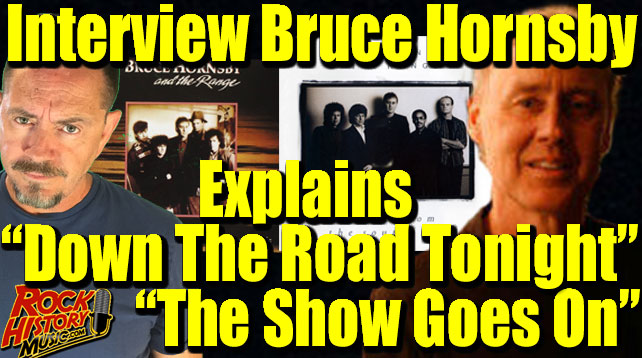 Interview Clip #11- Bruce Hornsby On the Meaning Behind Two Of His Biggest Deep Cuts
August 15, 2019 – Bruce Hornsby is really a deep cuts musician. His music has always been adventurous for radio since maybe his 4-5 albums. I first asked him about two favorite album tracks first from his Debut album from 1986.

CHECK OUT THE VIDEO FOR THIS STORY https://youtu.be/cMmqoqggBy4

And from his sophomore album “Scenes from the Southside” from 1988

Bruce Hornsby’s new album is “Absolute Zero.” Go to BruceHornsby.com for more info. We will have more from the great Bruce Hornsby next week. More from our classic interviews series next week. – by John Beaudin