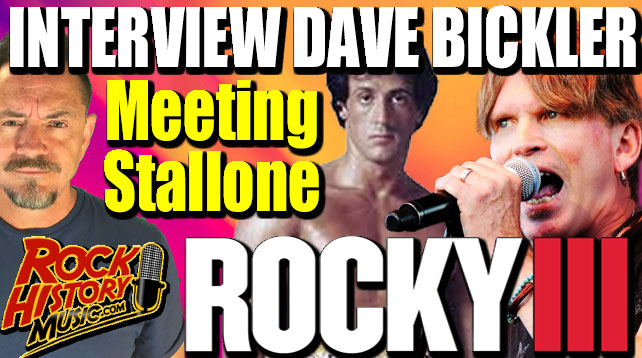 Interview Clip #3- Dave Bickler On Meeting Sylvester Stallone Plus Eye Of the Tiger
June 25, 2019 – The biggest song of 1982 was “Physical” by Olivia Newton-John but #2 was Survivor’s “Eye of the Tiger.” When Rocky III came out everyone was singing along to that song that became catchphrase and mantra.

CHECK OUT THE VIDEO FOR THIS STORY https://youtu.be/h_u-4wH_p_g

Dave Bickler has just released “Darklight” which is one of my favorite albums of the year. Not a bad track. I told Dave my first impression of the project was it’s a tip of the hat to the eighties.

Dave Bickler, who is no longer in Survivor, has just released one of my favorite albums of the year called “Darklight.” It’s an album that I highly recommend. Every tune sounds like a single. Go to www.DaveBickler.com
We will have more of our conversation with Dave Next Tuesday. – by John Beaudin