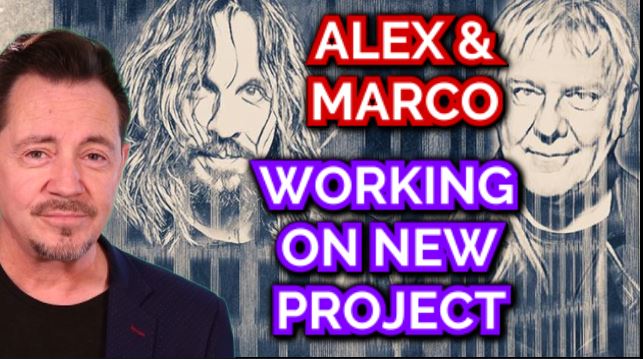 Last month we heard Rush’s Geddy Lee tell Rolling Stone Magazine that there was no chance of seeing Rush on tour again as Alex, Geddy and Neil but added, But would you see one of us or two of us or three of us? That’s possible.” Now comes word that Lifeson is working with drummer Marco Minnemann known for the Aristocrats, Illegal Aliens and tons of other projects including his numourous solo album. The drummer posted, “Working on a new collaborative release together with Rush’s Alex Lifeson,” on his Facebook page. Lifeson along with Joe Satriani were on his 2017 solo album “Borrego.” Minnemann has worked with Satriani many times but everyone is wondering who will be on bass on the project. Many are speculating that it could be King Crimson/Peter Gabriel alumni Tony Levin who has shared projects with Minnemann in the past including thqt last solo album.

Rush has their final tour called “R40 Live Tour” in 2015. Then we heard drummer Neil Peart was done an retired. There is so much hunger from the fans that they hold on to every word from the boys in the band with hopes of any of them getting back together but it would not be called Rush. By John Beaudin