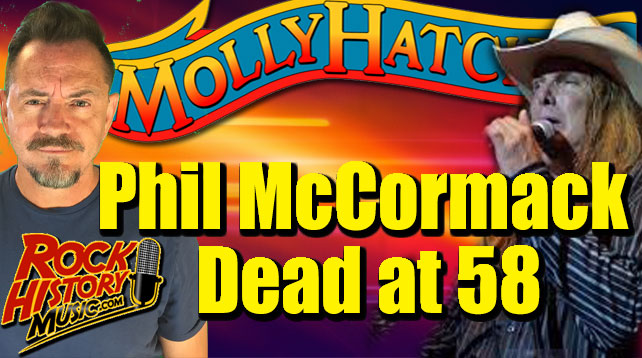 Molly Hatchet Lead Singer Phil McCormack Dead at 58
April 27, 2019 – No cause of death has been released yet but one U.S. Radio station reported that it looked like a heart attack.

Molly Hatchet has had three main lead singers and they’re now all dead. Original vocalist Danny Joe Brown who sang the hit “Flirtin’ With Disaster’ died in 2005, his replacement for a while Jimmy Farrar died in 2018 and now Phil McCormack is gone. He had been in the band since 1996.

There’s been a lot of changes in the band with many of them dying. original guitarist Duane Roland passed in 2006, original drummer Bruce Crump died in 2015, bassist Banner Thomas in April 2017 and there’s more.

Most music fans will know the band via, the aforementioned, “Flirtin’ With Disaster”, “Whiskey Man” and “Gator Country.” – by John Beaudin