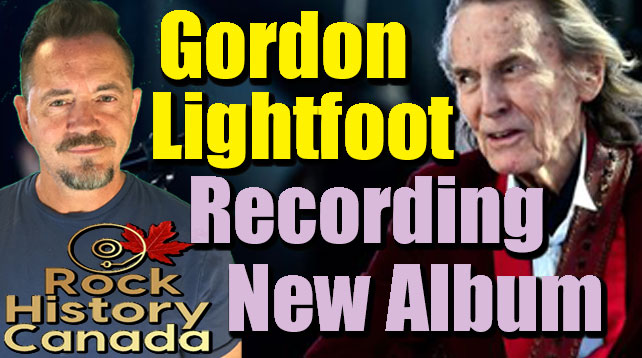 Gordon Lightfoot Set To Release First New Album in 15 Years
April 27, 2019 – It will be the legendary singer’s first project in 15 years. The Canadian Press talked to Lightfoot about his future plans. It turns out he has a handful of tunes already written and he quit smoking at the same time he started writing.

The, yet untitled, new album will either come out in the latter part of this year or early 2020.

The 80-year-old singer/songwriter said, “There’s about three or four [songs] on there that I really think are good — valid good. They’re philosophical, and they’re kind of funny.” Years ago he decided writing new music was too isolating and simply quit but last October he got the bug again. Lightfoot also found some long lost tunes after some thourough housecleaning – 2 full CD of tunes that were two decades old. The songs were created for the album “Harmony” which was sidelined after he suffered a near-fatal abdominal aortic aneurysm. The project was eventually released in 2004 and there were all those extra songs. There’s also a posibility that he will present the songs solo – just him and his guitar.

There’s also a new Lightfoot documentary named after one of his most famous songs, “If You Could Read My Mind” which premiered at Hot Docs film festival in Toronto. – by John Beaudin