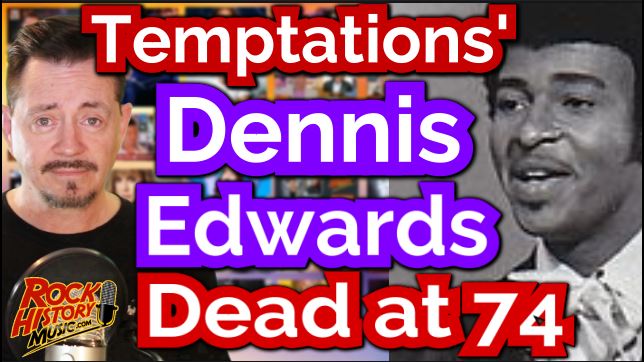 He sang some big ones with the group including “I Can’t Get Next to You,” “Ball of Confusion” and “Papa Was a Rollin’ Stone.” Edwards replaced David Ruffin in 1968 and played with them until 1976 and reunited with the band on a few reunions the following decade.

He actually died in Chicago a day before his birthday. Edwards would have been 75 tomorrow. Edwards was born February 3rd 1943 in Alabama. He was also a member of another soul-singing band that, like the Temptations, were on Motown, the Contours. He was also in the U.S. military before he even walked into Motown in 1966. In 1984 he had a big solo R&B #2 hit called “Don’t Look Any Further,” a duet with Siedah Garrett, he also scored with “(You’re My) Aphrodisiac” and “Coolin’ Out” as a solo artist.

Edwards was briefly married to Ruth Pointer, whom he wed in Las Vegas in 1977. They had one daughter Issa Pointer, who became a member of her mother’s vocal group, The Pointer Sisters.

Some reports are saying he passed away in hospital following complications from meningitis. – by John Beaudin