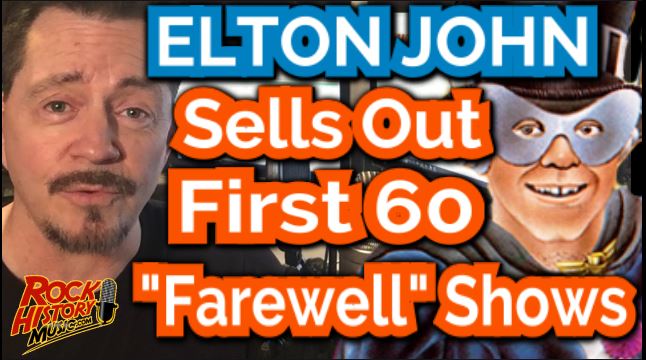 It’s a questions of supply and demand. There seems to be a frenzy for Elton Tickets for his three-year Farewell Yellow Brick Road tour. The first 60 shows sold out within hours. The good news is there may be more show added to the final tour. Elton said in an email, “We are working closely with AEG to make sure more cities and additional concerts in sold out markets are added in North America wherever and whenever possible,” New dates should be announced as early as next week,

Forbes magazine reported today, after the dates sold out, that this final tour will gross more than $400 million from the 300 shows and that should go up after more dates are announced.

Elton John has sold out the first 60 shows of his retirement tour – within hours. This means that he may well gross more than the $420 million initially forecast for more than 300 shows across five continents. The initial batch of tickets for the North American leg went on sale today, February 2, and were snapped up at once. Forbes said that Elton made 60 million last year.

The tour starts September 8, 2018, in Allentown, Pennsylvania with ton of dates in North American, then Europe, Asia, South America and Australia. It will wind down in 2021.

Already some fans are skeptical on whether Elton will really retire he has threatened it several times in the past. – by John Beaudin