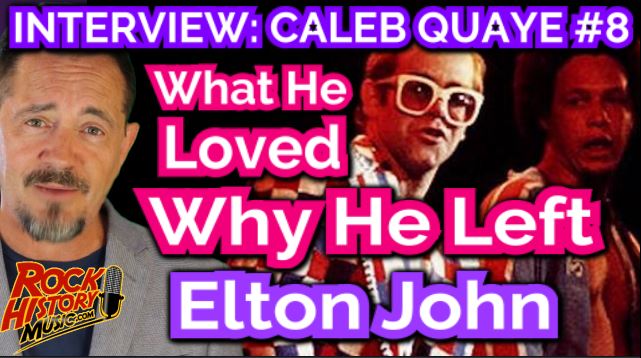 Check out the video below

In part #8 of our interview series with former Elton John guitarist Caleb Quaye we look at the exciting early days and what led him to leave.