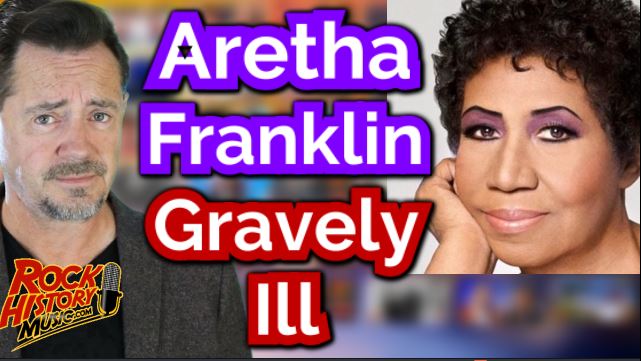 It was reported overnight that the singer was gravely ill surrounded by family in Detroit and that she has been battling cancer since 2010.

Since the late 50’s she released over 40 albums and just as many compilation projects as well as over 130 singles – 43 were Top 40 hits. Her biggest hit and her signature song was 1967’s “Respect” written by Otis Redding. It reached #1. She also went to the top of the charts with “I Knew You Were Waiting (For Me)” with George Michael in 1987. She was known for many top 10 hits like, “I Never Loved a Man (The Way I Love You),” “Baby I Love You,” “(You Make Me Feel Like) A Natural Woman,” “Chain of Fools,” “Think,””Spanish Harlem,””Rock Steady,””Day Dreaming,””Until You Come Back to Me (That’s What I’m Gonna Do),””Freeway of Love”

Franklin won over 20 Grammy awards and sold over 75 million records.