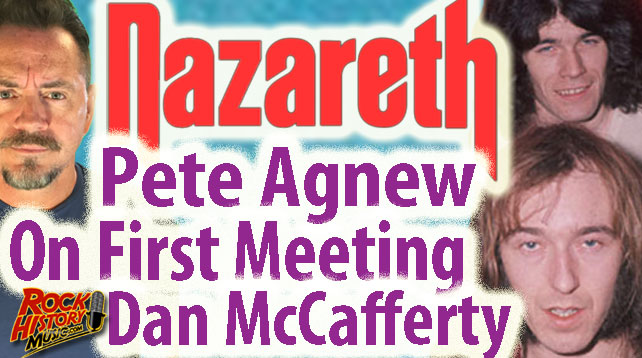 Nazareth has just released their 24thstudio album, “Tattooed On My Heart.” Pete Agnew is the only original member left in the band. Lead singer Dan McCafferty retired in 2013. Pete Agnew says he goes way back with McCafferty. They met long before Nazareth formed. (Clip 10) (Clip 11)

Nazareth has just released their 24thstudio album, “Tattooed On My Heart.” We will have more from our converation with Peter Agnew of Nazareth next week.We will have a link to Nazareth’s website in the description of this video.http://www.nazarethdirect.co.uk/website– by John Beaudin