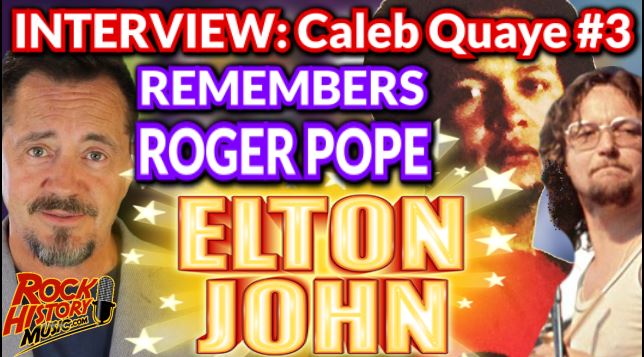 To most the ultimate Elton John Band are the guys who created most of the seventies hits. That’s Elton with guitarist Davey Johnstone, drummer Nigel Olsson and Dee Murray on Bass (He died in 1992). From “Honky Chateau” in 1972 until “Captain Fantastic” in 1975 they created 12 of the 24 Top 40 hits that Elton created in the U.S. in the 70’s. Lets not forget Elton’s lyricist Bernie Taupin and producer Gus Dudgeon who where there for all that and more and percussionist Ray Cooper. That however does not tell the whole story. Guitarist Caleb Quaye was there for the first four studio albums and drummer Roger Pope was on three of those. They also both came back for both “Rock of the Westies” in 1975 and “Blue Moves” the following year. Pope died in 2013. We asked Quaye about his old friend.

Technically Roger Pope was an amazing drummer. We talked about that.