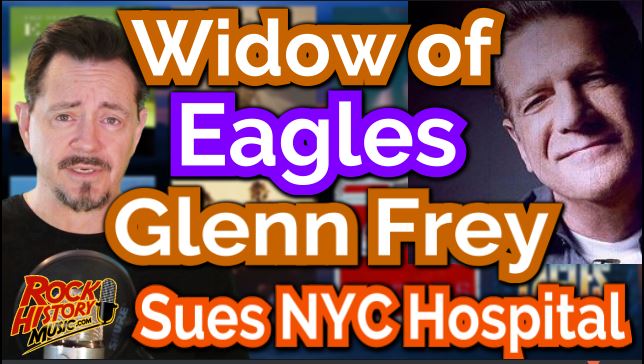 Cindy Frey has filed a wrongful death lawsuit today against Mount Sinai Hospital in Manhattan and gastroenterologist Steven Itzkowitz over the singer’s treatment while in care there.

The family is siting negligence for failing to properly treat her late husband’s ulcerative colitis, diagnose and treat infection, and advise of the risks and side effects from treatment. As a result, “Glenn Frey was rendered sick, sore, lame and disabled,” and suffered pain and mental anguish prior to his Jan. 18, 2016 death, according to the complaint filed in a New York state court in Manhattan.

Frey died at 67 on January 18, 2016 from complications from acute ulcerative colitis, pneumonia and rheumatoid arthritis.

No dollar amount has been attached to the lawsuit but it was filled just 2 days before the expiration of New York’s two-year statute of limitations for wrongful death cases.

Frey’s son Deacon has taken his place in the Eagles as well as Vince Gill. The band just announced a huge tour across north America this year. – by John Beaudin