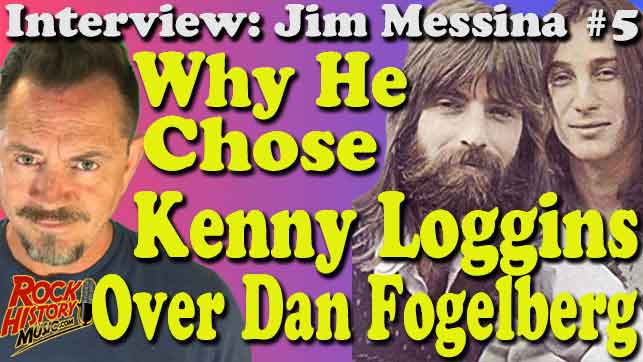 INTERVIEW CLIP #5 – Why Jim Messina Chose Kenny Loggins Over Dan Fogelberg This story is a perfect example of maybe you want something, maybe you’re sure that’s the thing to do but just maybe you don’t have the best choice is out of sight and perhaps just around the corner. Your life can change on a dime. Chance is a funny tricky fellow. After he spent time with Buffalo Springfield on their last album as a member and producer and doing the same with Poco for their first two studio albums and first live project he wanted to go home to produce and right. But Messina was in demand and possibilities came knocking from a few artists most notably Dan Fogelberg and Kenny Loggins.

Loggins and Messina charted 10 songs on the Billboard Top 100, three in the Top 40. Their biggest hit was “Your Mama Don’t Dance” which peaked at #4. There’s been a few reunions through the years and the pair remain close. Coming up next week how it all fell together for Loggins and Messina. Jim Messina has an amazing memory doesn’t he? He is doing shows this year right up to November. Go to Jim Messina.com for details. We’ll have more of our conversation with Jim in one week. – by John Beaudin