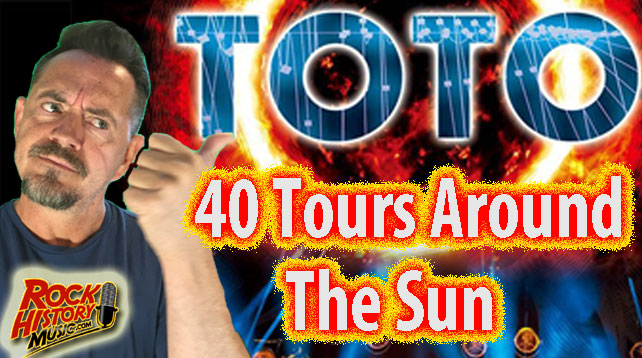 February 7, 2019 – There’s more Toto for the fans with this new live set that was filmed in front of a sold-out crowd exceeding 18,000 fans on March 17, 2018, at the Ziggo Dome in Amsterdam. The release date is March 22 everywhere except North American – those dates are on the way. The cool thing about this package is the band went deeper into their catalog and also played the expected hits. I was at the first show of their 2018 North American leg last year and I loved the variety in the set and was pleasantly surprised that they resurrected “Desert Theme” from their soundtrack to “Dune” from 1984 and “Lea” that was written by Keyboardist Steve Porcaro from “Fahrenheit” and 1986. Porcaro co-wrote “Human Nature” for Michael Jackson and the band, with Joseph Williams on lead vocals, does a great version of this classic. I get asked often, “What Toto album I should I check out If I have Toto’s debut from 1978, “Toto 4” from 1982 and a Greatest Hits package?” Well, if you were really thirsty you would already have their first 10 albums especially their sophomore package “Hydra” from 1979 and those two Joseph Williams albums, the aforementioned “Fahrenheit” and “The Seventh One.” The latter has two tracks on the live album. “Mushanga” and “Stop Loving You” two tracks that should have been hit in North American. You will also hear the hits like, “Hold The Line,” “Rosanna,” “Stranger In Town,” “Make Believe” and “Africa.”

The band goes back on the road for their 40th Anniversary this month with dates in Japan and Indonesia and then Europe in the summer and then back to North American in the fall. Check out the on our website http://RockHistoryMusic.com or http://totooficial.com – by John Beaudin

40 Tours Around The Sun tracklist

4. Lovers In The Night

22. While My Guitar Gently Weeps