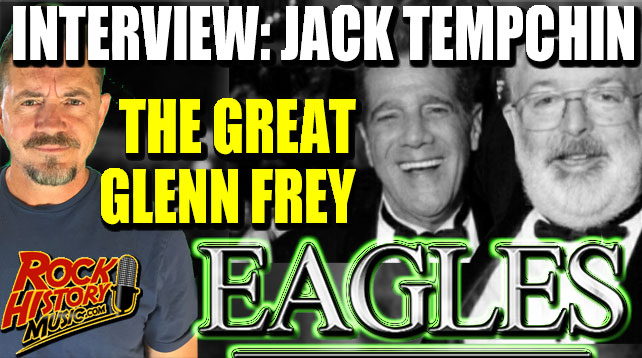 April 14, 2019 – This is part one of our series on singer/songwriter Jack Tempchin who wrote “Peaceful Easy Feeling,” from the bands debut from 1972 “Already Gone” from 1974’s “On the Border.” Then came “The Girl From Yesterday” on “Hell Freezes Over” their comeback from 1994. He also had two co-writes on their last studio album “Long Road Our of Eden,””Somebody” and “It’s Your World Now.” Lets also remember Jack was Glenn Frey’s chief songwriting partner for his solo work with tunes like “You Belong To The City,” “Smuggler’s Blues,””The One You Love” and I Found Somebody” among many others. He wrote loads of songs recorded by artists like George Jones, Emmylou Harris, Glen Campbell, Patty Loveless, and another ex-Eagle Randy Meisner plus my personal favourite “Slow Dancing (Swaying to the Music)” recorded by Johnny Rivers in 1977.

We will have more from our chat with Jack next week. Check out his website at JackTempchin.com. He has a brand new album coming out this summer. – by John Beaudin

“Nail Sheet” – More on the Pop Music Side plus TV & Movie & Interviews.https://www.youtube.com/channel/UCym2UeR9FWDLty6UaVbbX7w/featured