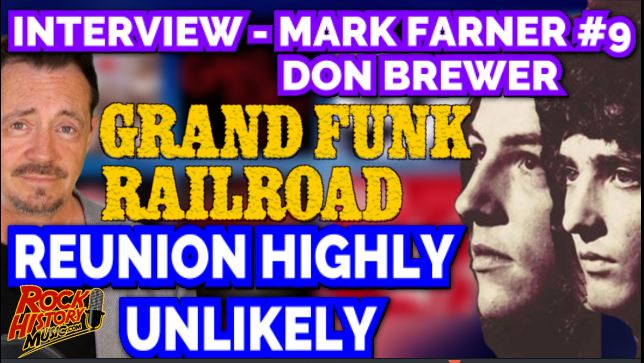 None of us really know what’s going on behind the scenes of any band. It’s usually he-said-she-said thing but no matter what, when the dust settles everyone loves a good reunion. Original lead singer guitarist Mark Farner has not been in the band since the late 90’s. He claims he was tricked out of the band.

First I talked to original drummer Don Brewer who is still in Grand Funk Railroad…will there ever be a reunion? (Clip )

As Brewer said that’s been his line for years and his old band-mate Mark Farner is very familiar with it.