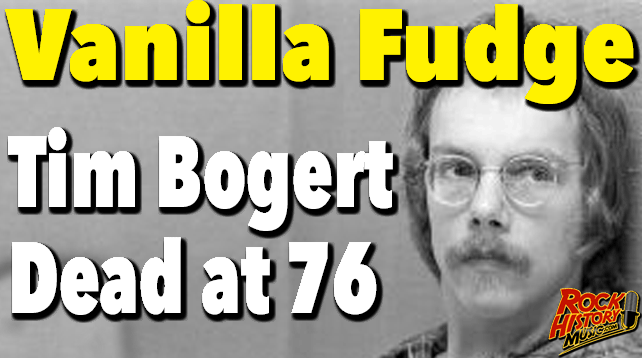 His former Vanilla Fudge drummer Carmine Appice, had this to say about Bogert.

“Tim was a one of a kind bass player. He inspired many, many bass players worldwide. He was as masterful at shredding as he was holding down a groove, and Tim introduced a new level of virtuosity into rock bass playing, No one played like Tim. He created bass solos that drove audiences to a frenzy every time he played one. And he played a different solo every night. He was the last of the legendary 60’s bass players.”