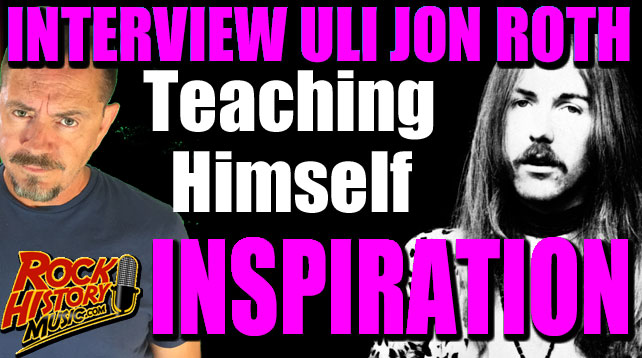 Interview Clip #8- Uli Jon Roth Taught Himself The Importance of Inspiration at an Early Age
June 13, 2019 – I have a regular broadcasting gig at a radio station in Vancouver. I love the job and never hesitate to get things done. On this YouTube channel, however, I don’t always feel inspired. I procrastinate, I get lazy. Watching the Career of Uli Jon Roth who recorded five albums with the Scorpions had those great Electric Sun albums and all the solo work and touring I see an inspired man.

CHECK OUT THE VIDEO FOR THIS STORY https://youtu.be/LTQ-C4sj-i4