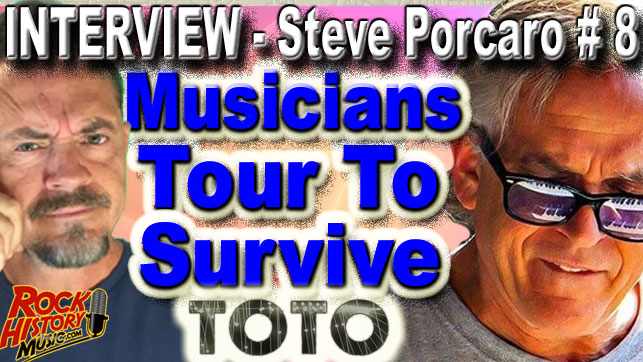 Music fans are enjoying the fact that their heroes are still touring but what if their endeavor is more about survival than just connecting with the fans. Toto’s Steve Porcaro says many musicians have no choice but to hit the road.

Rock and roll is not what it used to be. We have a lot of senior hitting the road this summer. Sure, some of them would do it anyway but many of these classic rockers are on the road because they need the income stream. With streaming being so popular sales revenues have gone way down. We talked to Toto singer and Keyboardist about it. Clip 14