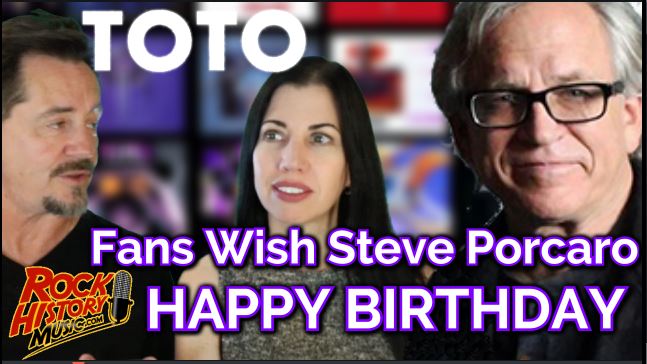 We missed out last year on giving Toto’s Steve Porcaro his special 60th birthday greeting so we thought we would catch up this time around on his 61st. We asked Toto fans from around the world to send Steve special messages to help him celebrate.