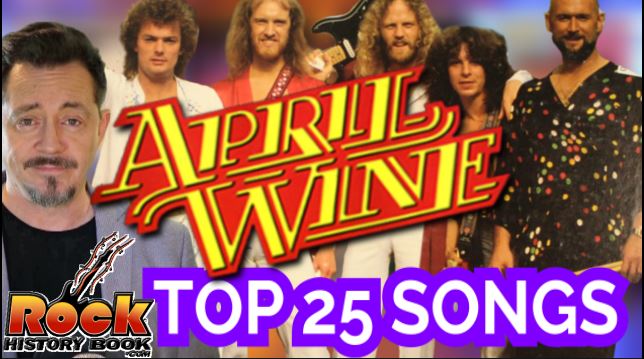 One of the most successful, enduring, Canadian bands of all time. Led by Myles Goodwyn, the group always had multiple personalities. They were a rock band that could produce some of he most gorgeous

love ballads but they were never a ‘one-trick-pony’ on so many levels their flip of the coin was that of a solid rock band who came up with some of the best driving tunes to ever come out of Canada. They were also prolific and successful charting a Top 40 Canadian hits at least once a year from 1971 until 1982. In all April Wine had 21 Top 40 singles. We will talk about their 16 studio projects in our next video “The Top April Wine Albums Of All Time’

We did this poll last year and, in the end, received 11,145 votes. Thanks for everyone who voted.