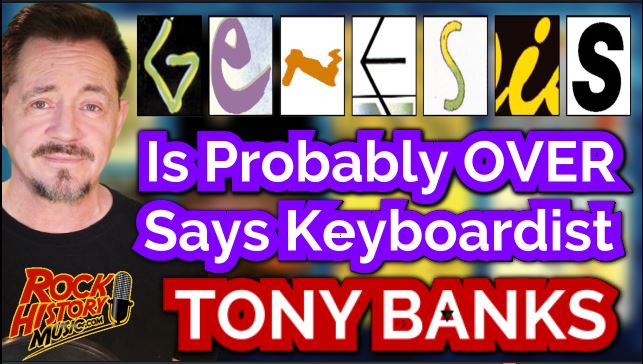 It’s not the final nail in the coffin. With the group celebrating their 50th anniversary this year many fans were hoping for some semblance of a reunion. Whether it be a tour, and album or a one off show. The last reunion was the trip combination of Tony Banks, Phil Collins and Mike Rutherford. Since Phil came out of retirement those diehards looked at the possibilities again. The best case scenery would be, of course, the return of guitarist Steve Hackett and original singer Peter Gabriel. He did sing on a remake of their classic “The Carpet Crawlers” in 1999.

Ultimate Classic Rock asked keyboardist Tony Banks the pink elephant question…Any reunion plans?He said, “Well, I don’t know. I think it’s unlikely, really. I think if we’re going to do anything, we should do “The Silent Sun” since it’s the 50th anniversary of that song. We don’t really plan too much, and Peter’s a terribly difficult person to tie down. I see him every so often, but ..he’s so difficult, really – even if he’s enthusiastic about it. He was 20 years ago – or almost that long ago – when we did the last Genesis reunion. About five years before that, there was talk about doing something with Peter, but Peter was … [Laughs] originally into the idea, and then it became difficult. Even getting everybody in the same place at the same time is impossible, really. The only chance you’ve ever got is Phil, Mike and I together, but even that’s a long shot because of Phil not quite being where he was 20 years ago.”

He then went on to says that a reunion, even in the studio, is “probably better in fantasy than in reality anyhow.”