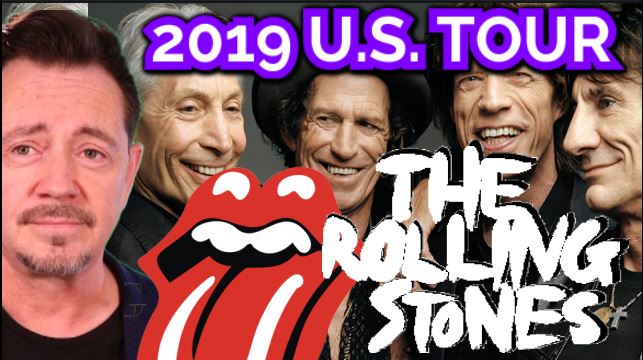 You will have 13 chances to see the Stones in the U.S. Next year. This tour kicks off April 20th at the Hard Rock Stadium in Miami Gardens, Florida and wraps up on June 21st at Soldier Field in Chicago. Tickets will go on sale November 30th

The Stones haven’t done a big U.S. Tour since 2015. Is there a sense of urgency when it come to seeing the band again or for the first time? Well, theres no guarantees as a senior but no one knows what’s ahead. I know some of you will comment about them being washed up but they still can do it and fans are still coming. I’m 17 years younger than Jagger and I can’t move like him now or have I ever had those moves. Jagger is 75, Richards is 74, Charlie Watts is 77 and the youngest is Ronnie Wood at 71. Paul McCartney is 76 and Ringo is older than all of them at 78. Jagger told Rolling Stone magazine, “I’m not thinking about retirement. I’m thinking about what the next tour is.” – by John Beaudin