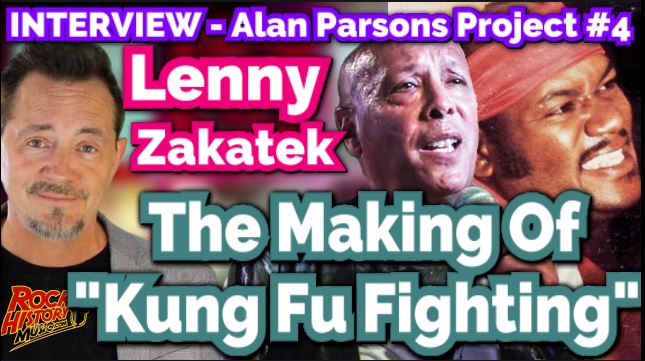 The degrees of separation in music are amazing. First I’m talking to former Alan Parsons Project lead singer Lenny Zakatek about the tunes he played in that band and then the subject moves to him opening up for Bob Marley, Hanging with Joni Mitchell, being in a band with Queen’s John Deacon and how the Carl Douglas novelty hit Kung Fu fighting got created?

Lenny Zakatek’s latest album is called ‘Love Letters’ where he does some of his favorite tunes like ‘Fooled Around and Fell In Love,’ ‘How Can You Mend a Broken Heart,”I Can’t Make You Love Me’ just to name a few. – by John Beaudin #TrueStoryBehind #KungFuFighting #CarlDouglas #LennyZakatek #JohnBeaudin #1970Hits #NoveltySongs