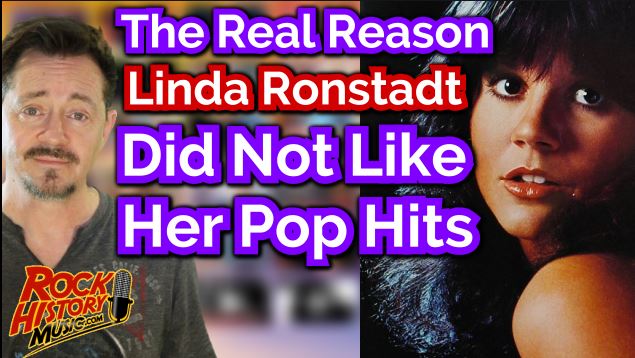 There’s a great new interview with the singer from Ed Masley of The Republic. There will be a link to it in the description of this video.

Ronstadt talks about the tune “You’re No Good” which was released in late 1974. It became a hit the following year. She says, “I was there 10 years before I felt I had a leg to stand on.” As for being a “Rock Star” and one of the biggest in the 70’s she responds, “I thought it was silly. I really was interested in the music. I didn’t go out to a lot of things (laughs). I went to work, then I came home and took time off. Then I went back to work again. It’s very different now with all the social media and everything like that. I was lucky then because I could hide. I could live a very quiet life. But now it’s people taking pictures with cellphones all over the place. I would hate that.”

So the real reason she has said many times that there was no love there for her hits? Ronstadt says, “Because they sound funny to me. They sound so frozen. You know, when I played music, we played it a little bit different every night. It was all a work in progress.

I was still trying to learn the music when we recorded it, and I didn’t know it very well yet until we had been on the road for a couple of weeks. I didn’t really know the songs well enough to sing them properly. It’s called learning on the job.”

As for singing them live she would sometimes like, “A note here and not the next note. You can have good sound one night and horrible sound the next night, a good hall one night and, the next night, you’re singing in some stupid arena someplace. Nothing’s ever the same. You just learn to roll with it.”

Ronstadt is doing some speaking engagements this year. She will be at the Scottsdale Center for the Performing Arts April 26th. Go to scottsdaleperformingarts.org.