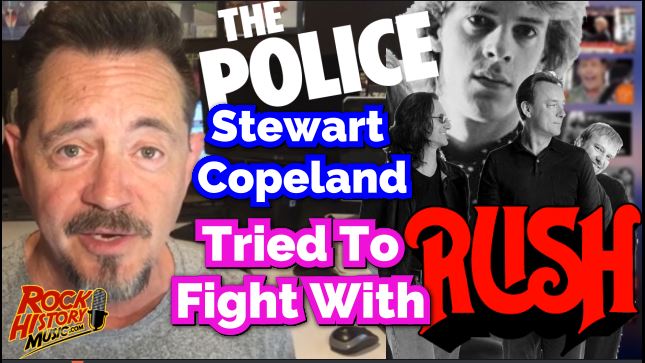 Dave Lifton just wrote an interesting story about the Police trying to get attention by criticizing Rush during their early days.

Copeland says, “They’re Canadian, They are the best guys on the planet. I don’t know if being Canadian has anything to do with it, but Rush are one of the best hangs in show business. Back when my band, the Police, was a struggling punk rock [band], just trying to make noise and cause attention and throwing bombs wherever we could. Rush? That’s some place where we threw bombs.”

Rush seemed to take it all in stride however, Copeland contiues, “And years later, it turns out Rush — [the] guys in the band — Neil Peart, is so Canadian that he didn’t even mind, And we became really great friends in spite of the fact that we used to criticize his band when we were just trying to get attention. I think he’s old and wise and Canadian enough to understand all that. They couldn’t be nicer if they were New Zealanders, also a nation that only produces good people.”