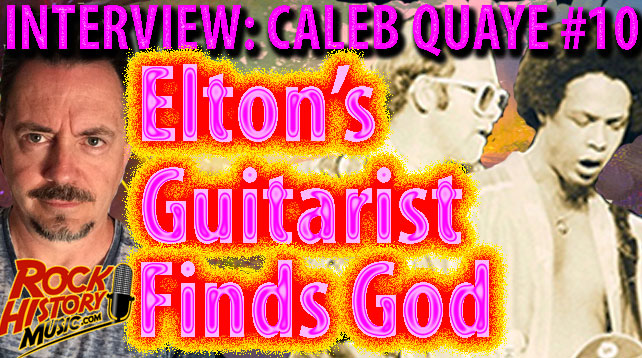 Rock and Roll comes with a few major surprises including the excess of the lifestyle. Elton John’s former guitarist know all too well how thing can get out of hand.

Even though I’m not a christian or have never really belonged to a religion I run into a lot of artists who want to talk about their faith. I spent 20 minutes in the 2000’s talking about being a Jehovah Witness with George Benson, a few years before that Ravi Shankar share some thoughts on Hinduism, Dan Peek of America on his relationship with. We lost the latter two a few years ago.

Anyone who knows Caleb Quaye’s story will know about his story and hearing a voice from above actually talking to him. The first time was when he was touring with Hall and Oates after his Elton John years. 002 We will have more from our interview with Caleb Quaye next week. – by John Beaudin