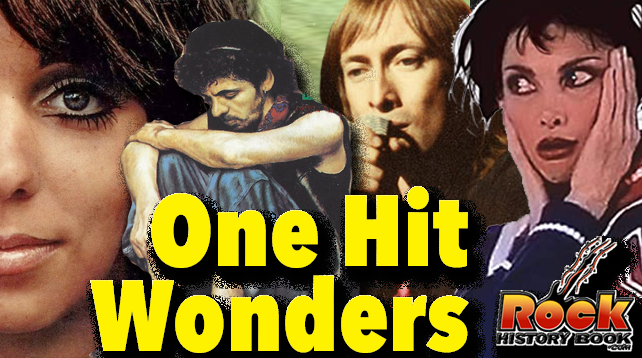 February 20, 2021 – To have a big pop hit is an amazing feat. Here is part one of our “One Hit Wonders” series. Let’s remember that most musicians never get out of the garage. Thanks to Jason Klose​ for writing this one.

“Venus,” by the Dutch rock band Shocking Blue, was initially released as a single in the Netherlands in the summer of 1969. Written by Robbie van Leeuwen, the song topped the charts in nine countries. In the United States, “Venus” reached number one on the Billboard Hot 100 on February 7, 1970. The single was certified gold by the Recording Industry Association of America (RIAA) and worldwide, the single has sold over 7.5 million copies. In 1986, the English girl group Bananarama covered “Venus.” Their version also reached No. 1, in six countries.

“Afternoon Delight,” a song known for its close harmony and sexually suggestive wordplay, was recorded by the Starland Vocal Band and written by Bill Danoff, one of the members of the band. It became a U.S. number one single on July 10, 1976 and earned a gold record. “Afternoon Delight” also reached number one in Canada. The title came from the happy hour menu at Clyde’s restaurant in Georgetown, Washington, D.C., where Danoff was eating with fellow bandmember Margot Chapman, while his then-wife Taffy Danoff was undergoing surgery for cervical cancer.

“Play That Funky Music” was recorded by the American funk group Wild Cherry and was written by the band’s frontman and guitarist Rob Parissi. The single reached the number one position for three weeks on the Billboard pop chart on September 18, 1976. It was also number one on the Hot Soul Singles chart. The single was certified platinum by the RIAA and eventually sold 2.5 million copies in the United States alone. In 2018, the song was listed at No. 93 on Billboard magazine’s “All-Time Top 100 Songs.” It was also the group’s only U.S. Top 40 song.

“Hot Child in the City,” a song by English Canadian musician Nick Gilder, was released in June 1978 as a single from the album “City Nights.” It went to No. 1 both in Canada and in the United States, reaching the top spot on the U.S. chart on October 28, 1978. According to “The Billboard Book of Number 1 Hits,” it held the record for taking the longest amount of time to reach No. 1. Known for its innocent and catchy pop stylings, the platinum record is actually based on Gilder’s experiences witnessing child prostitution.

“Funkytown” was by the American disco act Lipps Inc., from their 1979 debut album “Mouth to Mouth.” The song was released as the album’s lead single in 1980 and hit the top spot on May 31 of that year, spending four weeks at number one. It also hit the number one spot on the disco chart in 1980. Written by musician, composer, and record producer Steven Greenberg and sung by singer-songwriter Cynthia Johnson, the song was Lipps Inc’s only American Top 40 hit.

“Mickey” was originally recorded in 1981 by American singer and choreographer Toni Basil on her debut album “Word of Mouth.” Originally written by Mike Chapman and Nicky Chinn as “Kitty,” Basil changed the name from Kitty to Mickey to make the song about a man. The single was finally issued in North America in August 1982 and became a number one hit in the U.S. and Canada in December, a year and a half after its original release. The song was Basil’s only Top 40 single.

“Come on Eileen” by the English group Dexys Midnight Runners, was released in the United Kingdom on June 25, 1982 as a single from their album “Too-Rye-Ay.” It reached number one in the United States on April 23, 1983, knocking Michael Jackson’s “Billie Jean” out of the top spot after a seven-week run. Written by the band’s co-founder and lead singer Kevin Rowland, Jim Paterson and Billy Adams, “Come on Eileen” was their second number one hit in the UK. VH-1 ranked the song number one in the “100 Greatest One Hit Wonders of the ‘80s.”