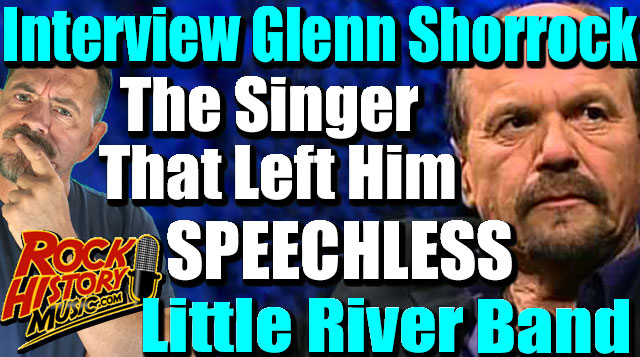 Interview #8- That One Singer That Left LRB’s Glenn Shorrock Speechless
July 6, 2019- Everyone gets star struck right? Glenn Shorrock was with the Little River band for so long I asked him about meeting stars at events or backstage. There was one lady that made him stop in his tracks

CHECK OUT THE VIDEO FOR THIS STORY https://youtu.be/RUQ003X_wOs

Shorrock toured with Cliff Richard but he ended up doing too much.

I heard once heard Glenn Shorrock say he wasn’t sure If anyone would care about him writing a book but it’s done quite well. It’s called “Now, Where was I.”