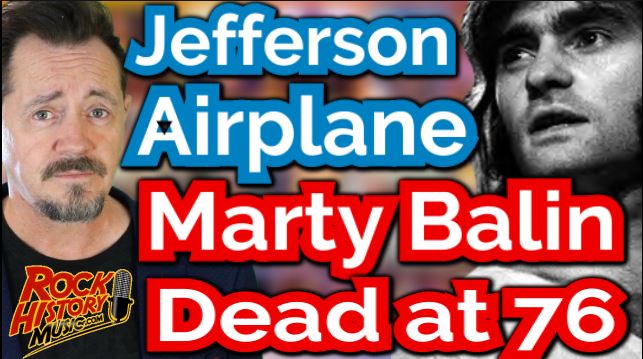 Jefferson Airplane Co-Founder Marty Balin Dead at 76 He played a main role in the San Francisco bands sound in the 60’s and in the follow-up band Jefferson Starship singing lead vocals and writing on the latter’s “Miracles” from 1975. Balin was the chief songwriter on Jefferson Airplane’ debut album […]