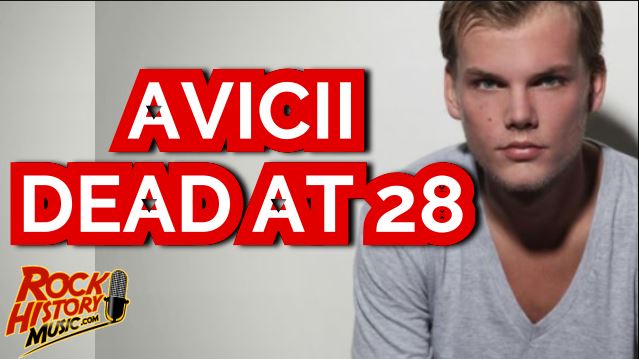 So far his cause of death is unknown – look for an update in the description in of this video.

His reps released the following statement, “It is with profound sorrow that we announce the loss of Tim Bergling, also known as Avicii, He was found dead in Muscat, Oman this Friday afternoon local time, April 20th. The family is devastated and we ask everyone to please respect their need for privacy in this difficult time. No further statements will be given.”

He had hits in Sweden first with “Bromance,’ “Seek Bromance” and “Fade into Darkness.” The world started noticing much more with “Levels” in 2011 which featured an Etta James-sample. Then came “Silhouettes,””I Could Be The One” and in 2013 the huge worldwide #1 hits “Wake Me Up.”

In 2012 he was on Forbes’ Highest Paid DJs of 2012 list. Rolling Stone reported that he made 28 million last year.

He came across as a down to earth man. He quit touring saying, “The whole thing was about success for the sake of success. I wasn’t getting any happiness anymore.” – by John Beaudin