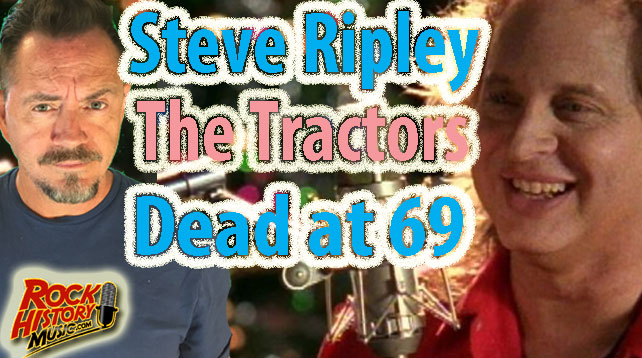 Steve Ripley of the Tractors Dead at 69

He was an amazing man – a vocalist, guitarist, songwriter, producer, radio host and inventor. He just turned 69 on January 1st. He died at his home in Pawnee, Oklahoma. He had been suffering from cancer.

He lead the multi platinum band The Tractors who had hit, “Baby Likes to Rock It.” Remember the line “LIKE A BOOGIE WOOGIE CHOO CHOO TRAIN.” The group has seven albums. Ripley said in an interview with Discover Oklahoma years ago that the band had that hit and went platinum before even playing a gig. He called it “Platinum before playing.” In 2002 he recorded a solo album. He was fascinated getting to know other okie’s like Leon Russell and JJ Cale and they became friends. He would become Russell’s recording engineer and that association led to him meeting and playing with Bob Dylan. In 1981 he was on Dylan’s “Shot Of Love” album and tour.

Ripley was first influenced by the swing of Bob Willis and then Elvis and the Beatles.

The singer had many friends in the music industry including Eddie Van Halen. He returned to Pawnee in the mid-2000’s and still ran a studio.

Steve Ripley would close his radio show: “Don’t forget, family is what’s important. Tell your mama you love her. Kiss your babies. We’re all in this together. Bye-bye, kids.” – by John Beaudin